“Randallfoils help rowers to connect faster at the catch,
stabilise the blade throughout the stroke
and create unmatched boat speed.”

Well designed equipment is the foundation of better performance 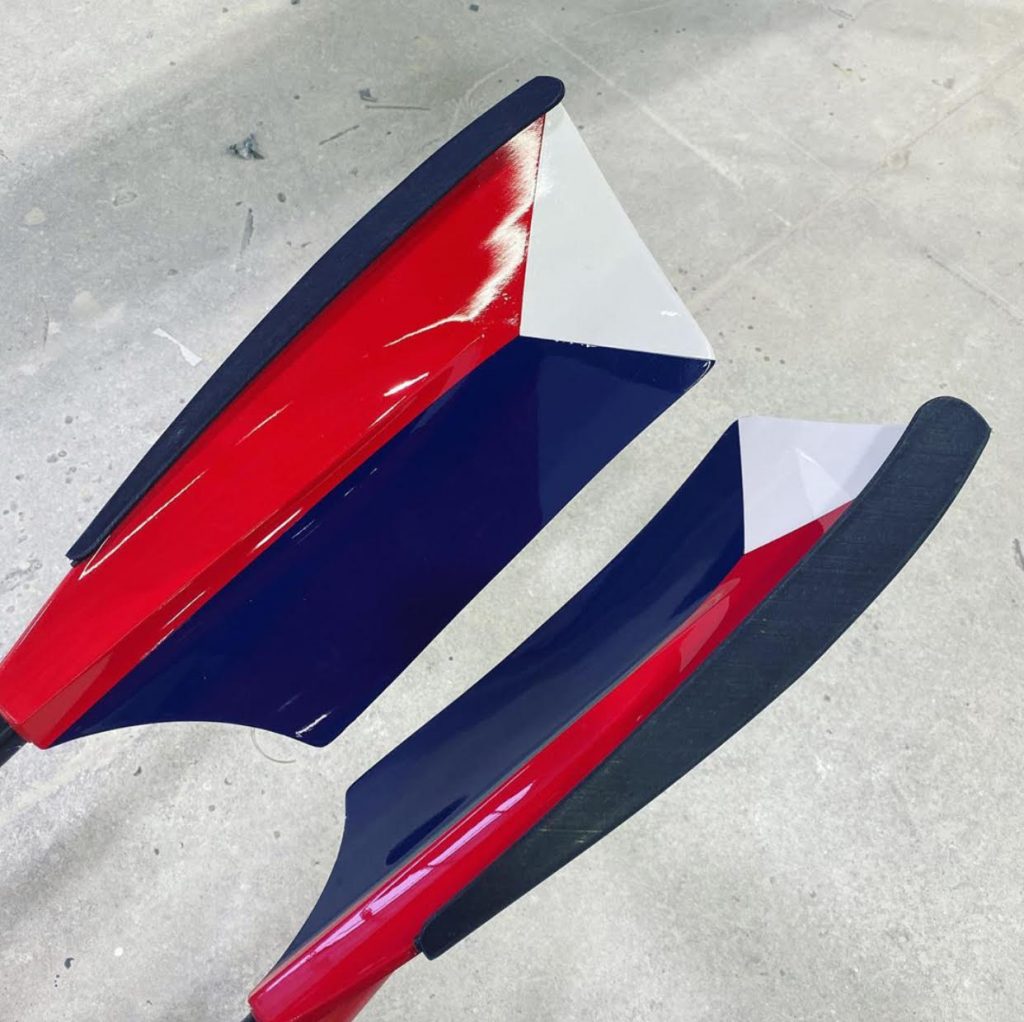 How Randallfoils work - in a nutshell

up to 5% more boat speed

Users report a boat speed increase of up to 5%. Martino Goretti, 2019 world champion in the LM1x used Randallfoils at the World Championships and reported a speed increase of 10 seconds per 1000m at race pace.

Permitted for all FISA races

Randallfoils are officially permitted in all FISA races, at the Royal Henley Rowing Regatta, and at every other race we know of.

Randallfoils fit almost all current blade designs, as their form is universal and the material is flexible enough to be bent. If you need help, your local service partner will happily do the installation for you.

When the effect became obvious

In 2019 Martino Goretti was first to use the RANDALLfoil at the World Championships… he became World Champion ML1x. Unbeaten in the heats, quarters, semi and in the final, always posting the fastest time of all races. Goretti went on to win the final by clear water.

It took him an open mind to go ahead and properly test Randallfoils, and 10 weeks to adapt.

During his training, Goretti said, he was able to bring his 1.000m times down by 10 seconds, if he wanted.

“You don’t get free speed, but with Randallfoils, you can load up your blades much quicker” he says in his interview.

The image shows Martino Goretti and Aram Lemmerer after the victory ceremony.

Randall foil study at the University of Porto cond

Ian's next article on Junior Rowing News UK. How M

This website uses cookies to improve your experience while you navigate through the website. Out of these cookies, the cookies that are categorized as necessary are stored on your browser as they are essential for the working of basic functionalities of the website. We also use third-party cookies that help us analyze and understand how you use this website. These cookies will be stored in your browser only with your consent. You also have the option to opt-out of these cookies. But opting out of some of these cookies may have an effect on your browsing experience.
Necessary Always Enabled
Necessary cookies are absolutely essential for the website to function properly. This category only includes cookies that ensures basic functionalities and security features of the website. These cookies do not store any personal information.
Non-necessary
Any cookies that may not be particularly necessary for the website to function and is used specifically to collect user personal data via analytics, ads, other embedded contents are termed as non-necessary cookies. It is mandatory to procure user consent prior to running these cookies on your website.
SAVE & ACCEPT